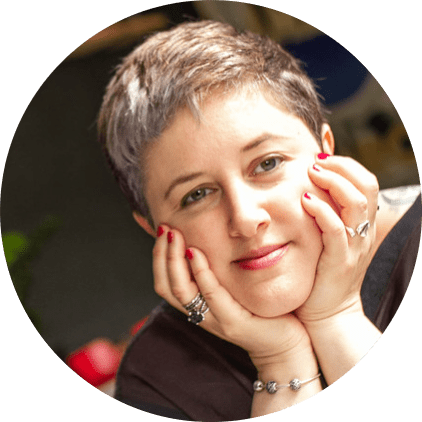 So often, I hear women denying the validity of their own pain, because it doesn’t seem ‘bad enough’, it’s not ‘the worst’, they know people, or heard stories, that must have been ‘far worse’ and so they silence themselves.

The pain is real. And by silencing it, it festers inside. And that causes all sorts of further pain, with many chronic illnesses now being linked to earlier trauma.

Who says that the pain of a broken heart is less when the relationship lasted a short time, that only the end of a longer relationship deserves tears?

Who says that when we stub our toe against the bed post that the pain should be less than when we scald ourselves on the oven dish, or fall over on the pavement? All these things hurt, and hurt intensely whilst they are hurting.

There is no hierarchy of pain.

Some of the women in my Community group have commented at different times, that they didn’t feel like they ‘belonged’ there because what happened to them “was nothing” in comparison to others. Rubbish. All pain hurts and all hurt deserves soothing.

It’s no surprise though that as survivors we sometimes fall into this trap. I mean, we’ve been fed the societal discourse that as a woman we don’t have the right to make a fuss. We’ve been fed the lie that we don’t count. As women, when we have the flu, we still got on and get stuff done. Men get manflu and the world is ending. Women seem to be stuck with the blitzkrieg mentality, making the best of things, soldiering on. When we’re in pain, we deny it – we’re fine, it’s not that bad, we shake it off. We don’t acknowledge it to ourselves, so why would we acknowledge it to others? Strangers don’t deserve to know, and we don’t want to be a burden to those we care about. And so we minimise our pain, deny our pain and ignore our pain.

All pain hurts and all hurt deserves soothing.

This video by Andrea Bredbeck and the activist group Join the Conversation has always summed it up for me.

Imposter Syndrome To the Fore

It’s no surprise though that as survivors we sometimes fall into this trap. We’re extremely accomplished at internalising our imposter syndrome in all other aspects of our lives, why not this too?  Society asks us “are you sure you were raped, are you sure he didn’t know you didn’t want it?” Society observes, “well you don’t seem entirely broken to me, perhaps it wasn’t all that bad.”  Society demands proof beyond reasonable doubt – and so society breeds the seeds of self-doubt inside ourselves that make us wonder if we really are a fraud and an imposter after all.  Other people have it worse, therefore we cannot be really hurt.  Our hurt cannot compare. We are silenced, we are isolated. And our pain, that is hurting us, is not being allowed to be soothed.

But no. Categorically, unquestionably, with absolutely no doubt, reasonable or otherwise: your pain is real, all pain hurts and all hurt deserves soothing.  There is no hierarchy of pain. It is valid for us to be in pain when we are in pain. And you all deserve to be in the Community group, to be soothed and comforted by the others in the Community group. There is no hierarchy of pain.

All the love xx